Life is beautiful yet fragile and sometimes fleeting. In loving memory of my late father who had finally found release from the terrible illness that is cancer which had caused him to be bedridden for the past 9 months.

Life is beautiful yet fragile and sometimes fleeting. In loving memory of my late father who had finally found release from the terrible illness that is cancer which had caused him to be bedridden for the past 9 months.

He was a man of few words, but he loved us all dearly, always doing the best he can for us, silently shouldering the weight on his shoulders even when it tired him or hurt him.

I still remember during my younger days when I’d follow him to play badminton, of course I didn’t play much then as I was still a kid and didn’t really have much skill with a racket. I’d enjoy the motorcycle rides we took for the commute to the badminton court, wind blowing on my face. I don’t have a motorcycle license, so those were probably the most frequent I had rode on a motorcycle in my life.

Then tragedy struck and my late father had a rather terrible accident which crushed his left knee. Although he could still walk thanks to modern medicine, but he would never play badminton the way he could before. He would also sell off his motorcycle and ban me from getting a motorcycle license, hence why I have never rode a motorcycle on my own before. I do know how to ride a bicycle at least.

Growing up, I can’t say I was very attached to my dad, but he was still an authority figure and someone I looked up to and go to for advice. He was the voice of reason in the family, trying to balance things out and make sense out of chaos. I think the most important lesson I learned from my dad was to be true to your conscience in everything that we do and to do the right thing so that you can sleep well at night.

Being the sole provider of our family, he has tried his best and I truly am proud of the achievements he has made. He would sacrifice his own needs and wants to provide us with what we wanted. There were constant squabbles about money, but deep down, each of us still cherished being a family.

In some ways, I admire his ability to provide for the family; I don’t think I can ever be as good a provider as my father, and for that I do regret not being able to provide the best during his time of need. Having said that, I am glad I could be by his side all the way since we found out about his dreadful disease. The trips to the hospital, though tiring for us, are even more meaningful as an experience for me now.

It was heart wrenching when we found out he had stage 4 prostate cancer, and even harder when we knew it had metastasized to all his bones. At this stage, there was literally no hope of recovery, whatever we did were just minor roadblocks to slow the cancer down and hopefully lower the severity of symptoms.

Then nearly a year of hospital trips, probably the worst day for my dad and the family came. He had suddenly lost function of his legs due to the cancer causing a collapse in one of his spinal columns and pressing against his nerves.

The nightmare had just begun as he slowly deteriorated over the months. Under the attentive care of my mom, my dad was able to recover from a severe bed sore wound he acquired from being admitted to the hospital.

However, the cancer had other plans for him as eventually my dad would even lose the ability to sit up straight on his own. Even with something to rest his back against, he could not maintain an upright sitting position. It was heartbreaking every time I saw him laying in bed in his helpless state, unable to even do the most basic of tasks for himself.

As the months went on, his appetite declined. Then he started to have some difficulty breathing every once in a while, and his bones started to hurt, though he would not admit it to not let us worry too much.

It had been hard for us all for the past 9 months, even harder for my mom as she’s taking care of my dad full time on her own. I praise her commitment to taking care of the man she loves in his final moments. If it weren’t for her, my dad would probably not have lasted as long as he did.

Now he’s gone for a month already, time sure flies, but it still doesn’t change how much we miss him. May he rest in peace and be free of all worldly suffering, we miss you dad, but I truly believe you are in a better place now. If only you were not stricken by this disease, you would still be here with us for more years to come. 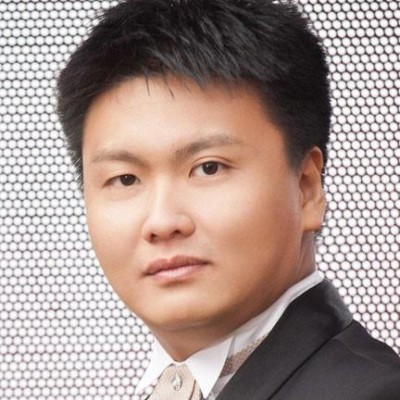 An experienced and certified digital marketer, he is passionate about sharing his knowledge on digital marketing. He founded Seraph Studios, a digital agency that provides digital design and marketing services to help local businesses digitalize their businesses. He continues to learn and update himself on the latest Digital Marketing trends and strategies with the goal of providing the highest value for his services.